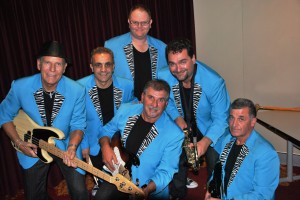 Winners of the People’s Choice Award for Sydney’s Best Rock and Roll Band. It’s then, no wonder ROC-A-TAC have obtained great reviews from venues. They rock all across the Sydney Metropolitan and roll north far as Newcastle and south to the border.

ROC-A-TAC was formed in 2000 and over this small period they have gained an impressive following to all their performances. Attending one of their

ROC A TAC have gained such a reputation of being the party makers by playing all rock music from Rockabilly, Country Rock, and Rhythm and Blues

and having fun while they entertain the crowd. ROC A TAC is the Rock and Roll band of choice for all ages.