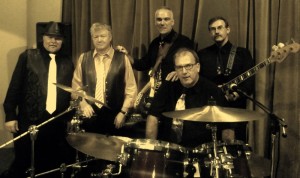 Mr James was formed over 35 years ago by “Bob Richardson” who was originally the lead guitarist with a well known Australian group in the 60’s called “Ray Brown and the Whispers”. Bob continued to enjoy success with the band until his death in 2001 and is sadly missed. However,  since then “Mr James” has gone from strength to strength to enjoy working at many various clubs and private functions throughout NSW.  One of the highlights of the bands career is to have played at “Bankstown Sports Club” for the past 27 years.   Our audiences range from ages 18 to 80.

Our style ranges from 50’s to 80’s rock and roll, ballads and country music.  It is a five piece band consisting of Lead Guitar, Keyboards, Bass Guitar, Drums and Lead Vocalist.  We carry all necessary sound equipment and lighting.